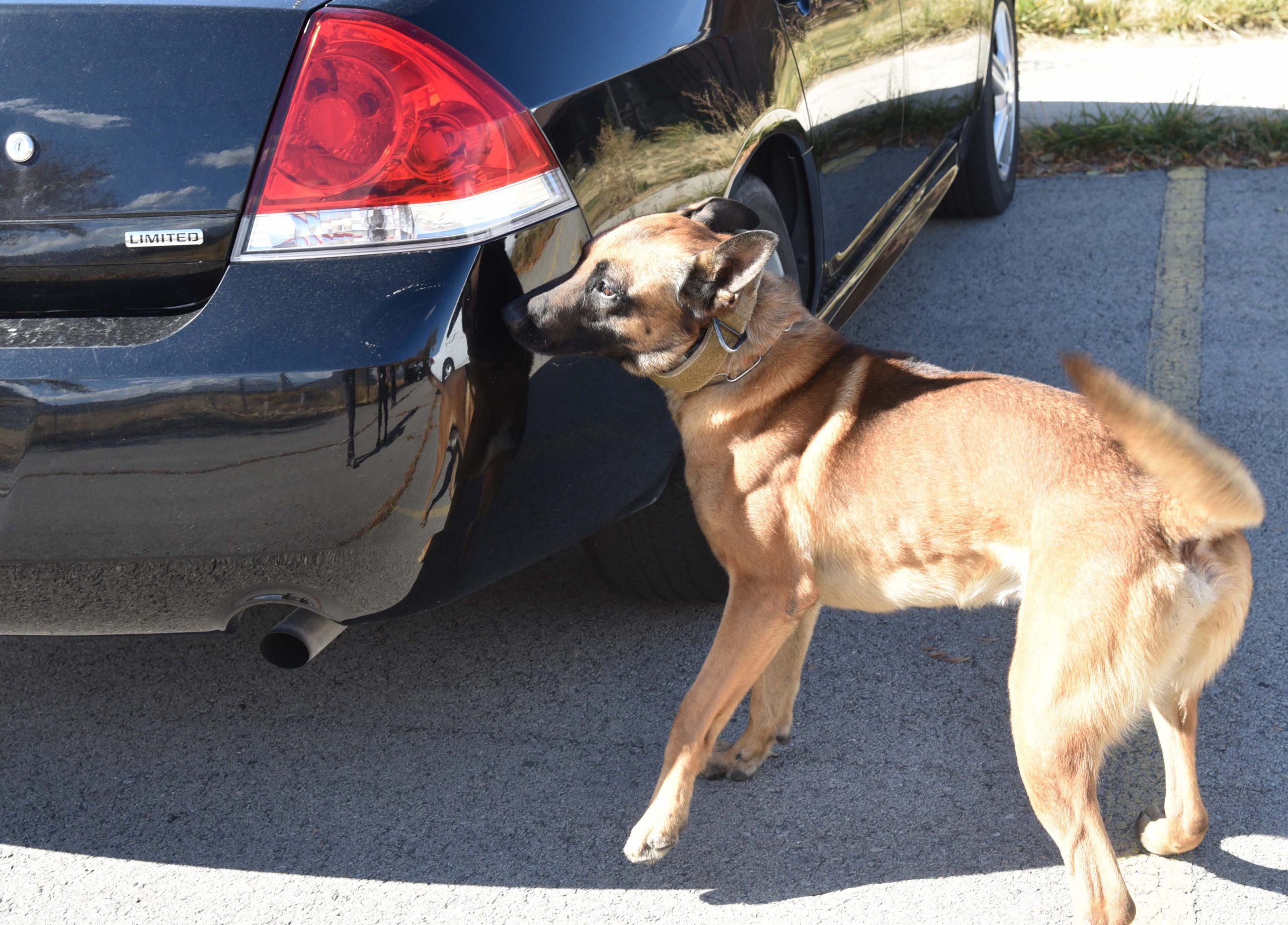 Well, there’s the slobber. It’s just everywhere. “There’s no getting away from it,” said Brian Asay, a K-9 sergeant with the Utah Department of Corrections. “You just have to accept it.” For Asay (pronounced A-see), that completes the list of drawbacks to working with Anubis, his super sniffing, four-legged bundle of energy. Anubis is one of a number of canines working for the UDC at the state’s two prison sites. The two make a good team. A very good team. They were named to the top pair for narcotic searches at a recent K-9 trials competition in Las Vegas. Their success, and that of fellow UDC canine teams, does more than provide bragging rights for Corrections. Such events offer challenges that law enforcement agencies have previously faced. The framework offers training for the teams that can be applied on the job. “All scenarios are based on real deployments,” said Asay. “They expose the dogs to different situations. It’s a competition, but it’s real.” And the better UDC teams do in these trials, the better they become in stemming the flow of contraband into Utah’s prisons. Asay’s and Anubis’ finish marks the third time in the last three competitions that a UDC team has finished on top in the narcotics category. In 2018, Dustin Adams and Legion were tops in Las Vegas, while Jacob Waters and Ronnie lead the way at the Utah Peace Officers Association event. “It has put us on the map,” Asay said of the UDC’s growing reputation. “We get calls from other agencies to assist.” While a powerful tool in the corrections industry, the dogs are, well, dogs. And that’s a good thing. “It’s hard to be depressed or down when you’re around a dog,” said Dustin Adams. “The dogs are fun,” said Kyler Adams, Dustin’s older brother and also a K-9 officer. “They usually make people feel better anyway.” In addition to Draper, the Central Utah Correctional Facility in Gunnison also has dog handling teams.... 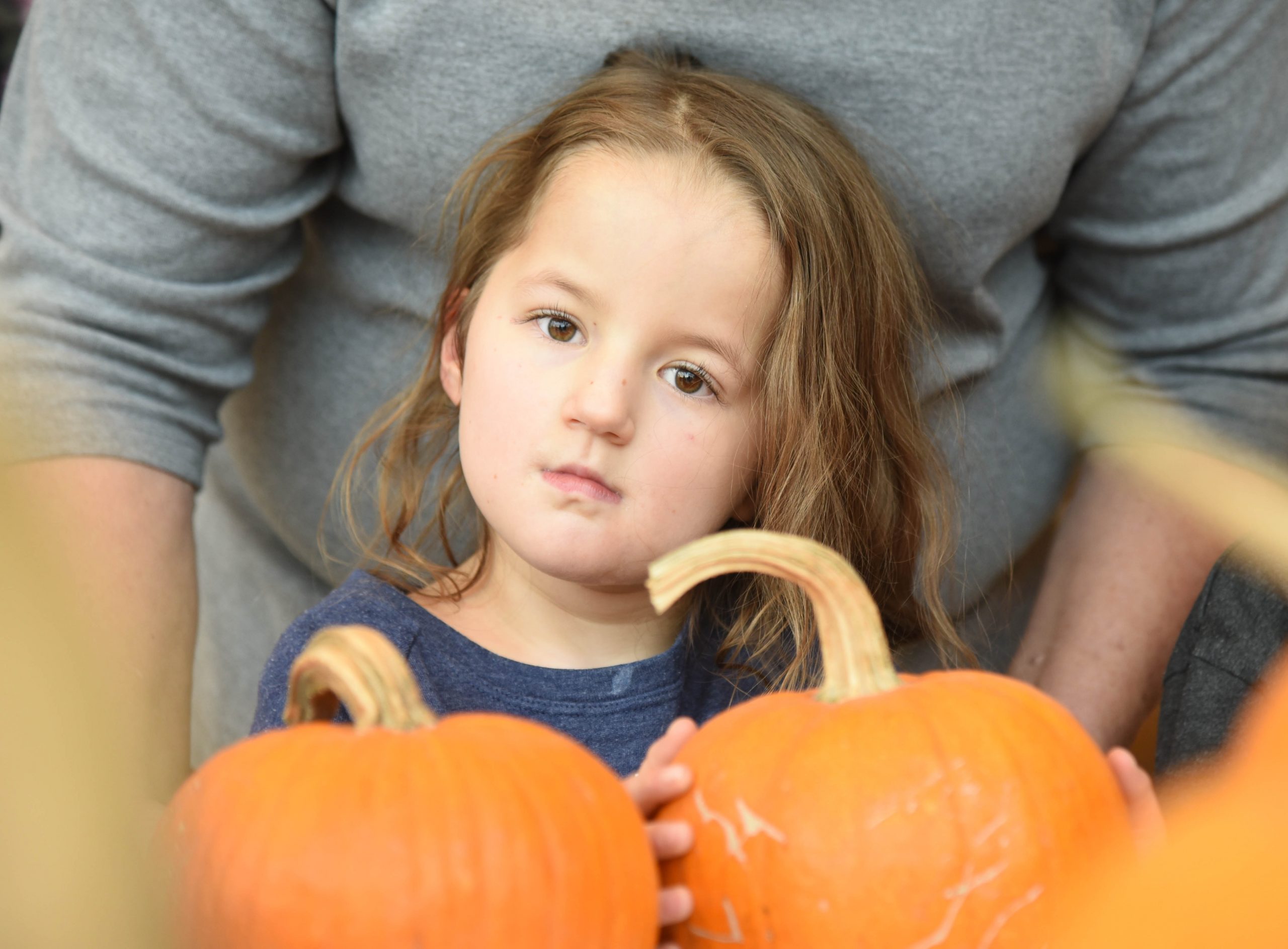 Students with special needs at Jordan Valley and Kauri Sue Hamilton schools were treated to their own private pumpkin patches this month, provided by the Utah Department of Corrections’ Correctional Industries. The pumpkins were grown by inmates at the Utah State Prison as part of the Green Thumb Nursery Program. “The kids come down, and you can see the joy on their faces,” said Kauri Sue Hamilton Principal Courtney Titus as she watched students pick out pumpkins with the help of UDC staff members. UCI Nursery Shop Supervisor Todd Barszcz said the inmates grew over 7,000 pumpkins this year, but the Sugar Pie and Autumn Gold varieties are not sold. “They are grown specifically for the kids,” he said. “They are the perfect size.” In addition to the schools, the program also donates pumpkins to area hospitals that treat children. Besides the fruit donated to the schools – yes, a pumpkin is a fruit – the inmates grow a number of varieties, including exotics like Cinderella and Goblin, that are sold by UCI. The sales allow the program to be self-sustaining. Barszcz said the program shows the public that the Department of Corrections provides opportunities for offenders to rehabilitate. But there is a bigger reason. “There are very few programs where inmates can start giving back while still serving their time,” he said. It’s a statement echoed by those who spend months taking seeds and turning them into gifts at Utah State Prison. “That’s the whole reason we grow them,” said Cody Nielsen, an inmate who works as the lead of the program. “It gives us a chance to give back. It’s not much, but it means a lot.” It means a lot to the students as well. Titus said students will take the pumpkins back to class for painting. Some teachers will also cut a pumpkin open to allow students to feel the insides. For many, she said, their challenges limit opportunities to go to a public pumpkin patch. So bringing one to them allows the students to participate. “It makes them feel special,” she added.   Public Information Office, Oct. 31, 2019...