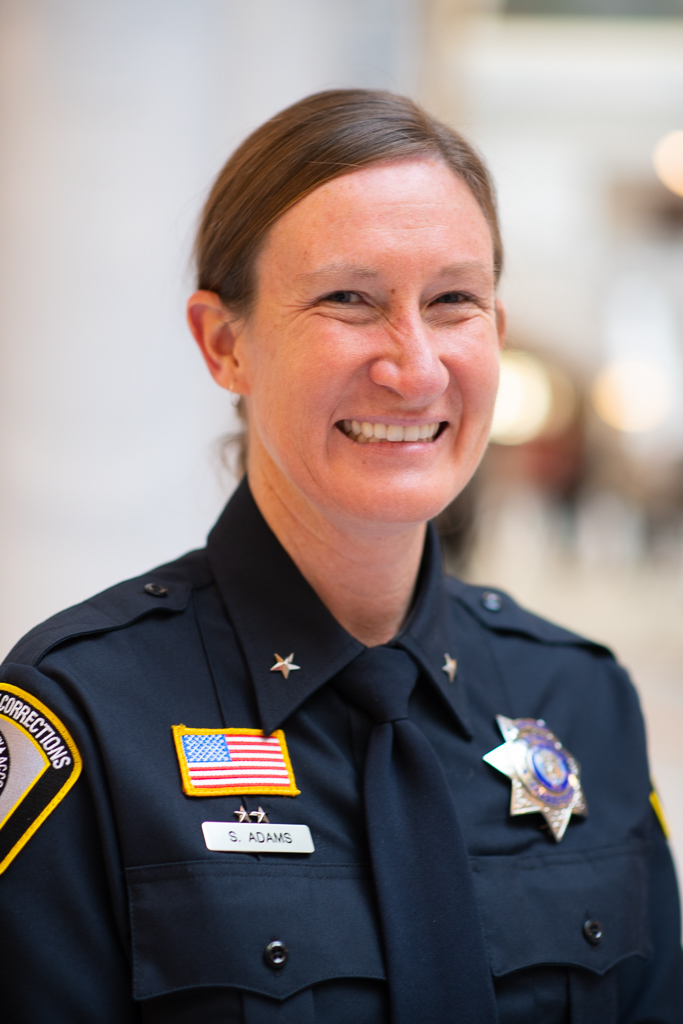 Sarah Adams was appointed as Chief of the Law Enforcement Bureau in December 2017.  Adams previously served as a Supervisor in LEB and has worked for the Department since 2004.

She started as a Correctional Officer in Community Correctional Centers and then moved to AP&P where she served as an AP&P agent from 2005 to 2012. She was promoted to AP&P supervisor and spent two years in the position before moving to LEB as an Investigator in 2014.  In 2017, she was promoted to LEB Supervisor. She received her Bachelor’s degree in Criminal Justice from Weber State University.

Sarah approaches all her responsibilities with tenacity and brings well-rounded experience to the role with her understanding of field and facility work. She has been serving as a member of VFAST and had tremendous relationships with our public safety partners.