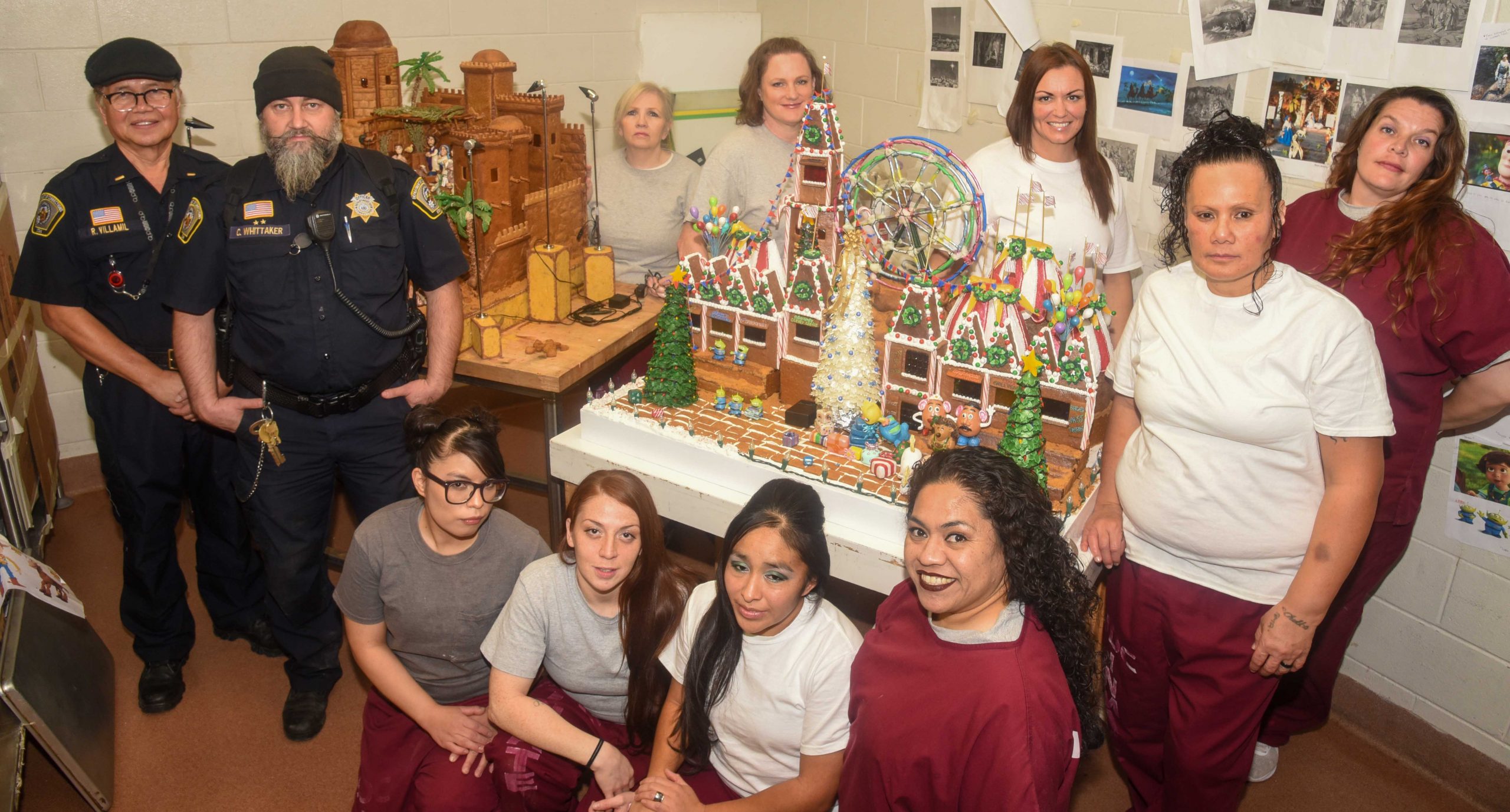 These are the latter.

Two massive gingerbread houses were created by inmates in the Timpanogos Womens Facility’s culinary program. Each reflected a story – one of toys and one of the season.

The theme for the first house was based on the quartet of “Toy Story” movies. It featured characters from the films, including Woody, Buzz and Jessie. The characters were disbursed around an exquisitely detailed carnival-like setting similar to one featured in “Toy Story 4.”

The second was a gingerbread creche. It highlighted a manger surrounded by wise men and animals, detailed down to small pots and jars.

The creations were shown to the public at the Festival of Trees.