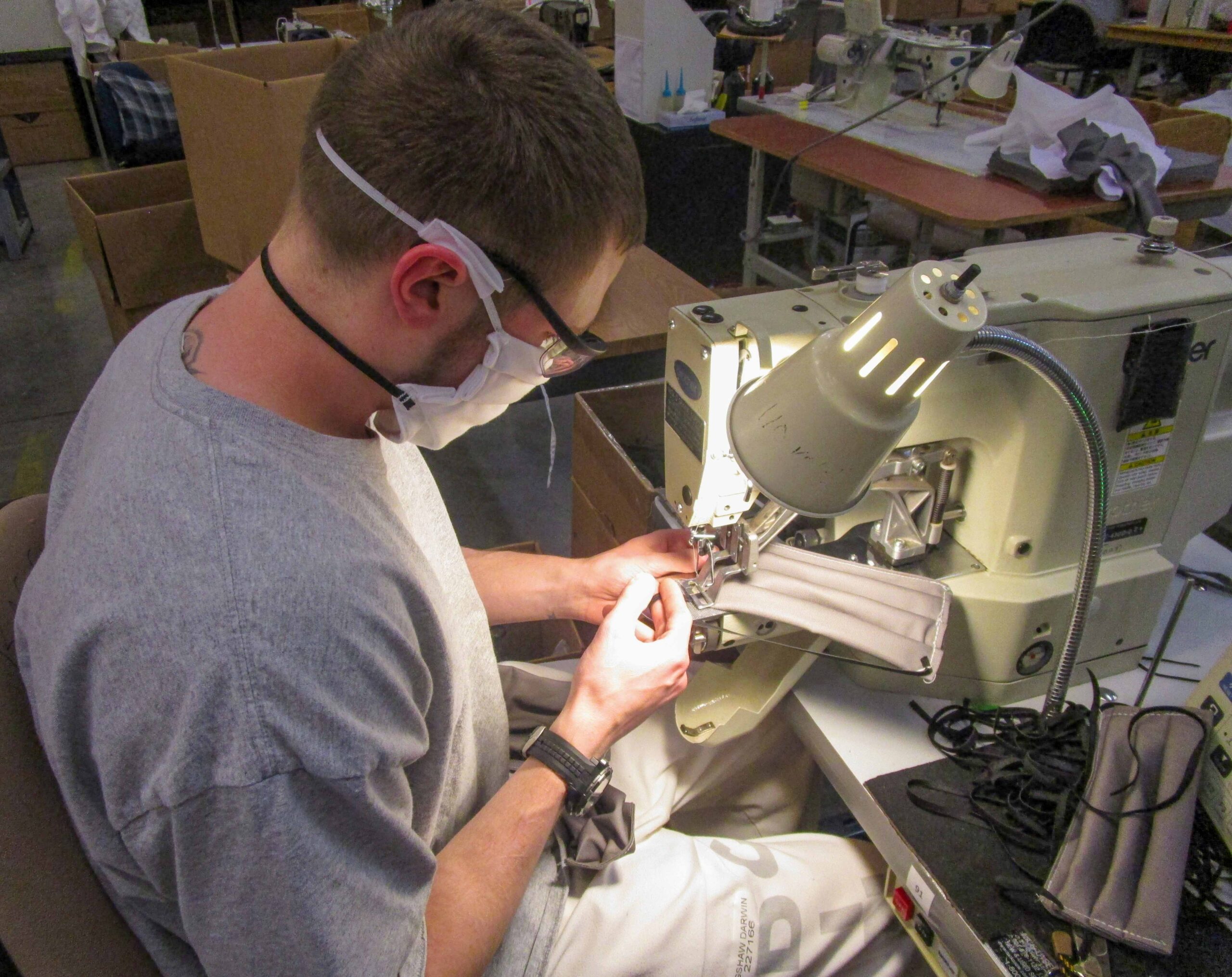 Midway through March of this year, Utah Correctional Industries had produced a grand total of zero face coverings in its history.

That’s how quickly the arm of the Utah Department of Corrections was able to develop a face cover prototype, get it approved, then assemble an army of inmates to sew the face coverings for state agencies and local hospitals.

“It took a couple of weeks to put a line together,” said Jesse Gettler, production manager for UCI’s sewing shop at the Central Utah Correctional Facility. “We had to gear up and get materials ordered. Once we did, it was a great team effort.”

“Team” being the operative word. At one time, the shop was staffed by up to 100 inmates, pulled from other work areas to meet the need.

“We asked everyone to work extended hours and they stepped up,” added Gettler. “Both inmates and staff, because (officers) had to stay late as well.”

For a number of offenders, the project was more than work. It was a chance to help.

“It’s terrible that it took a pandemic, but we’re grateful for the opportunity to give back,” said Michael Kitteridge, who works in the sewing shop at CUCF. “I like . . . being a part of the cure.”

Kitteridge also highlighted the efforts of the correctional staff at CUCF, noting they put in the extra effort as well.

“They’re just as motivated as we are,” he said. “They’re taking time away from their family. It shows that we’re all in this together.”

Gettler said now that the production line is up and running, they have scaled back on hours and staff, but still expect to make 10,000 face coverings a week. Officials will assess the need for more face coverings in several weeks.

“If requests keep coming in, we’ll keep producing,” he said.