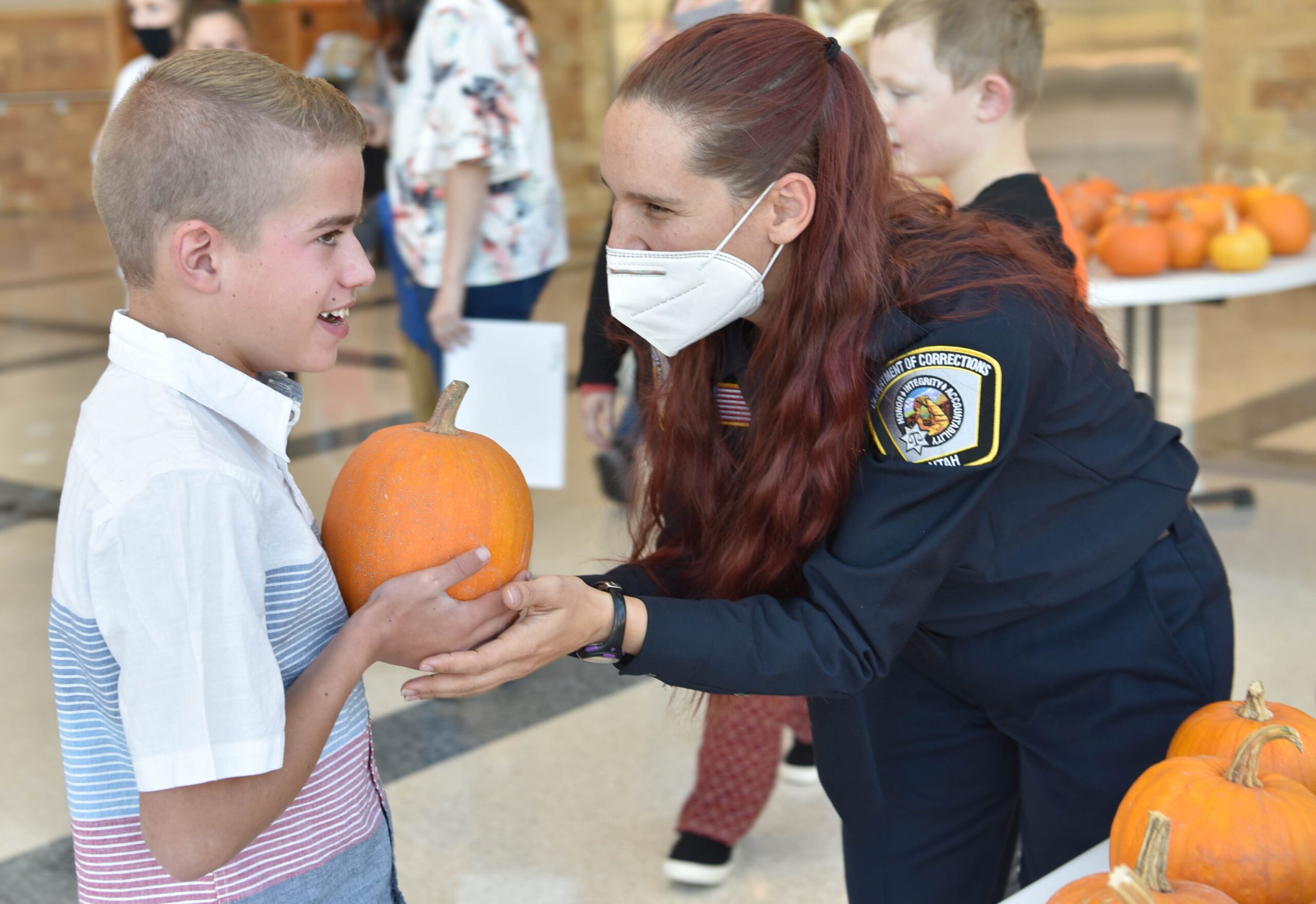 30 Oct Despite challenges, pumpkins delivered to students with special needs

Traditions have been one of the many casualties of 2020. But the Utah Department of Corrections refused to let one go, even in a pandemic.

Despite the obstacles the year has brought, offenders and staff members at Utah State Prison were able to deliver hundreds of pumpkins to children with special needs at Jordan Valley and Kauri Sue Hamilton schools.

“There were a number of challenges,” said Todd Barszcz, who oversees the Green Thumb Nursery Program for Utah Correctional Industries, a division of the Utah Department of Corrections. “We adapted to the situation we were in.”

Some of those situations included losing workers due to an outbreak at the Utah State Prison’s Wasatch housing facility. Barszcz said others stepped in to make sure kids got their Sugar Pie and Autumn Gold pumpkins, varieties specifically grown by the incarcerated individuals for the students.

“When we explained to them what the program was, they immediately got on board,” Barszcz said of the replacements. “They harvested them, washed them by hand and loaded them up.”

In addition to the schools, the program also donates pumpkins to area hospitals that treat children.

Besides the fruit donated to the schools – yes, a pumpkin is a fruit – the inmates grow a number of varieties, including exotics like Cinderella and Goblin, that are sold by UCI. The sales allow the program to be self-sustaining.

The donation – including the months-long effort to grow the pumpkins from seeds – is one of the few areas where incarcerated individuals can give back to the community, Barszcz noted.

USP’s own pumpkin patch expanded a little this year. While doing overtime work, Correctional Officer Virginia Parsons observed the program and its impact on offenders.

“I saw that their spirits were higher,” she said. “They had a different demeanor. They were happier.”

Once back at her usual post at the Timpanogos Womens Facility, she was part of an effort to get a similar program going there. That first batch from the Timpanogos patch was on display at Kauri Sue on Wednesday, Oct. 28. Parsons made an appearance to watch the students’ reaction and help them pick the perfect pumpkin.

At both schools, students came to the “patch” guided by staffers. At Jordan Valley, students picked their favorite from those spread out around a grassy area at the front of the school.

Many of them, from preschoolers to older students, showed their selections to Sgt. Justice, the eagle mascot of the UDC who made an appearance.

“It brings a bit of normal to students in a year that’s anything but normal,” said Stacy Nofsinger, witnessing her first pumpkin patch as principal of Jordan Valley.

At Kauri Sue Hamilton, a glass-enclosed atrium serves as the patch. Principal Courtney Titus, who was participating in her 10th patch, said some students will paint their pumpkins, while others will get to carve. Some pumpkins will be opened to allow students to feel the insides.

“We will be using them to explain colors and for sensory interaction,” she said. But learning is secondary. Titus noted the students get very excited about the pumpkins. “Oh, yeah,” she said. “All day. And the ones that are verbal go home and tell their families, too.” 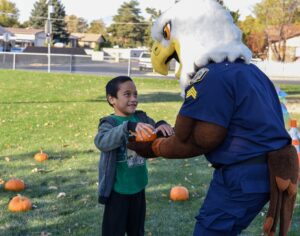 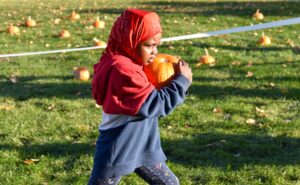 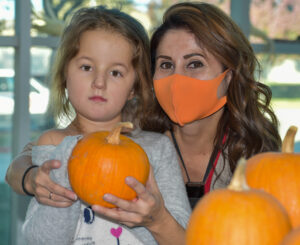