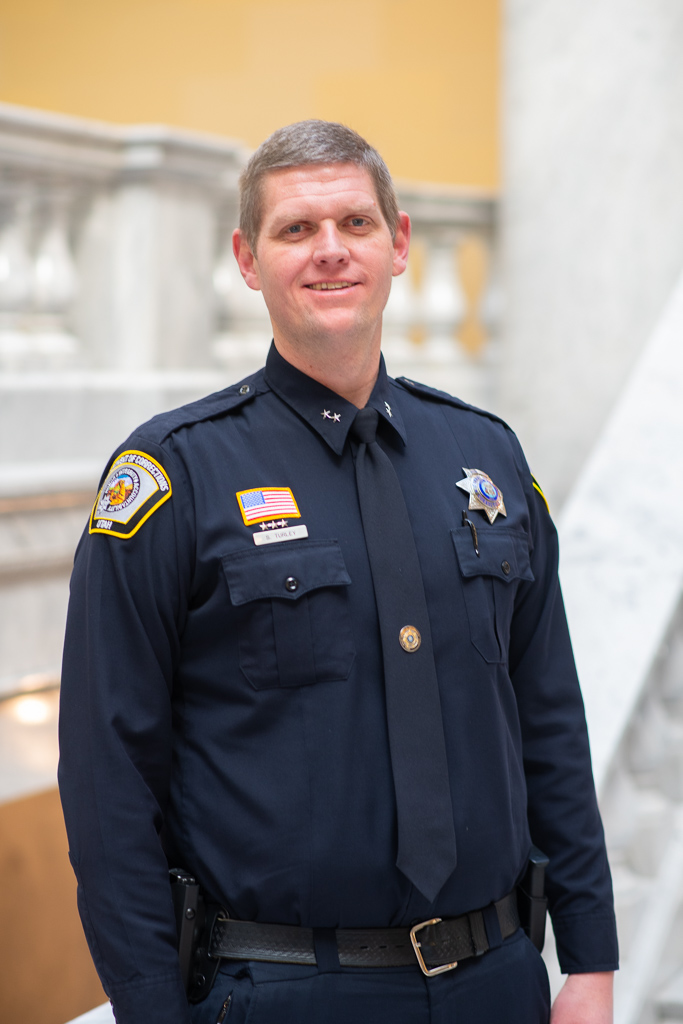 Spencer started his career with the Utah Department of Corrections in 2003. His initial assignment was in the Division of Prison Operations (DPO) as a correctional officer at the Utah State Prison in Draper, Utah.

He later transferred to the DPO Transportation Unit where he served as an officer, field training officer and sergeant. Spencer then transferred to the Training Academy where he served as the firearms training coordinator, and oversaw all Department weapons related training, inspections, and purchases. He then returned to the prison in Draper as a captain where he oversaw two inmate housing units, the security functions of the prison Infirmary and the DPO Transportation Unit.

Following his service as a captain, Spencer returned to the Training Academy as a training manager and initially oversaw the pre-service academy, he later transferred to the in-service training unit where he oversaw the Department’s annual in-service and leadership training program.

Spencer has a bachelor degree in Criminal Justice with a minor in Psychology from Weber State University and a master’s degree in Public Service (MPS) from Utah Valley University.